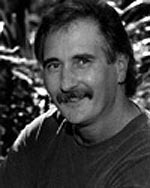 "(One) of our funniest young playwrights." The New Yorker

Bill Bozzone's published plays include Rose Cottages, House Arrest, Korea, and Buck Fever and Other Plays. Among his published one-acts are "Sonny DeRee's Life Flashes Before His Eyes," "Salvation," "War," and "Saxophone Music." For film he wrote the screenplay Full Moon in Blue Water, which starred Gene Hackman, and co-wrote the ACE-nominated The Last Elephant (released on VHS as The Ivory Hunters.)

Bill Bozzone is a member of New York's Ensemble Studio Theatre. He lives in Connecticut with novelist Tricia Bauer, and their daughter, Lia.